Happy almost November! Holidays are right around the corner, and I’ve got a treat for you- personalized vinyl records! Each record contains a one-of-a-kind live take, made specifically and individually for each person that orders. All of these records are in effect masters with no other copies made. The records aren’t mass produced, dubbed, copied, etc. and they each contain a different live performance that exists nowhere else in the world.  Think of these records like audio polaroids…each individual from one another and 100% one-of-a-kind. Pick one of three songs, and leave me a note if the record is cut for you, or a gift to someone (or maybe you want me to tell an amazing joke at the end…) A great way to send a little love to someone you care about.

Select your song and order your personal cut here!

Into the Air: Literary Music Salon!

Been working hard on putting this new series together at My Dead Aunt’s Books in Hyattsville’s Arts District. I’m so thrilled to be digging into some new music with some old friends that I haven’t had a chance to perform with lately! This is truly special for me to explore the relationship between music and the written word.

Hope to see you all out and about!

11/11 Nicole Saphos (singer/songwriter and upright bass)
Known on the DC music scene as a strong and versatile bassist, LA native Nicole Saphos carries a serious punch with her vocals and songwriting as well. This concert will feature songs written by Nicole and Amy, crossing genres from jazz to pop and country.

11/25 Leigh Pilzer (baritone saxophone)
The Maryland native proudly represents the DC Jazz scene as she traverses the 95 freeway on frequent collaborations with the DIVA Jazz Orchestra, Carol Morgan, and the Smithsonian Jazz Masterworks Orchestra. Whether on baritone saxophone, like on her debut album “Strunkin’” or any of her “doubles”, Leigh Pilzer’s hard-swinging sound will draw you in for an evening with her Washington Women in Jazz compatriot Amy K Bormet. Creative new music and clever arrangements from the duo will be featured.

12/9 Soma Sarkar (voice)
A powerful voice for Hindustani music Soma Sarkar leads a community of students and followers in the DC area. Featured on the new series “District of Raga” Soma’s voice reflects cinematic stories. Amy first met Soma in 2008 while studying Indian classical music. This will be their first performance collaboration, and will feature songs from India, the US, and the minds of the two women. 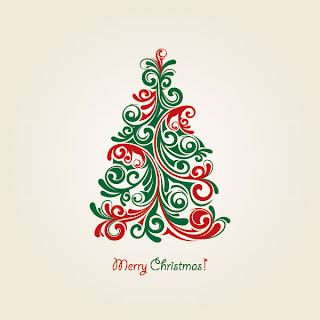 Take in 18-pieces of glorious big band Christmas music this year. After last year’s sell out performances we have SUNDAY matinees in addition to our weekly Monday night shows. I will be on piano December 11th, 12th, and 18th (Strathmore). I have a different exciting gig to be announced December 19th!
Bohemian Caverns Jazz Orchestra is the place to be this December! RSVP to the facebook event for discount information.

*UPDATE: Strathmore shows on 12/18 are SOLD OUT!  Get your tickets now for this Sunday and Monday! http://www.bohemiancaverns.com/