Back to the top
×
CapitalBop 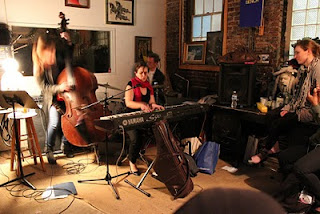 “The biggest news in the D.C. jazz scene over the past few weeks has almost indisputably been the Washington Women in Jazz Festival. That’s appropriate, given that March is Women’s History Month, but most folks would be lying if they said they predicted such a wide-ranging display of talent.
See, this city’s many expert female musicians too often fly under the radar – as is frequently the case in the male-dominated greater jazz world. But pianist and singer Amy K. Bormet’s festival has been a resounding success, with folks from around the city breathlessly taking note and taking part.”